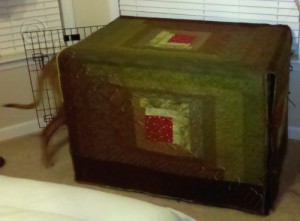 This quilt was among those showcased on the walls of Bon Matin, a French restaurant in Berryville, Va., from March to April 2011. 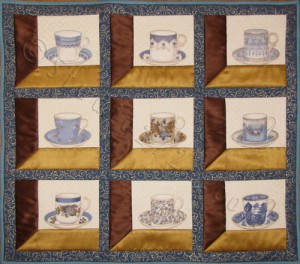 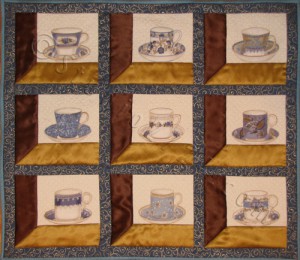 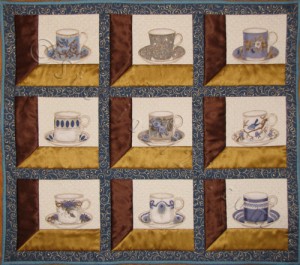 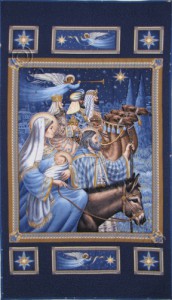 It won a Blue Ribbon at the Clarke County Fair in August 2012. 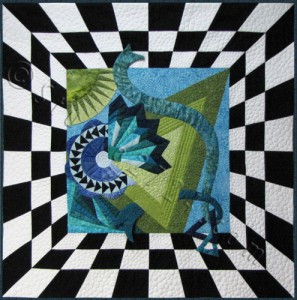 A See of Three began as a quilt group challenge in 2010. Never one to shy away from a challenge, I began to sketch without regard for ‘how’ I would bring this design to completion. The Triple-Play Challenge called for creating a quilt that was 36” square, contained at least one triangle, and that contained one other “three” (suggestions included three colors, shapes, and techniques).  I began with the three large green triangles and proceeded to add one additional element at a time until I was pleased with the harmonious balance within the design. In keeping with the Triple-Play challenge, I designed, made, and quilted this project. Further, I pieced and appliquéd by hand and utilized paper-piecing techniques. I used my modern Phaff and Singer sewing machines as well as my Grandmother’s old Westinghouse. The three color families represented are personal favorites: blue, green, and teal.  And, finally, this completed quilt is both 3-D both physically and optically, requiring a considerable draw from my interior design/drafting skills acquired in college. 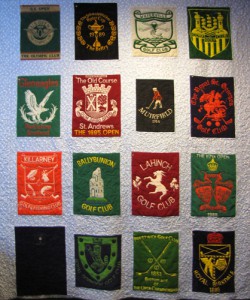 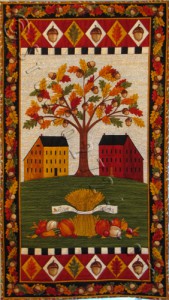 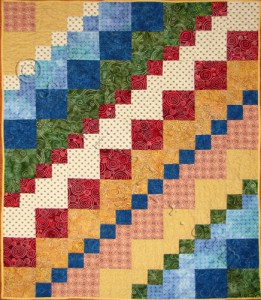 To see more quilts made in 2010, check out the Accents for the Home category in Sue’s Quilt Gallery.