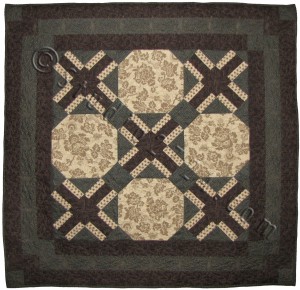 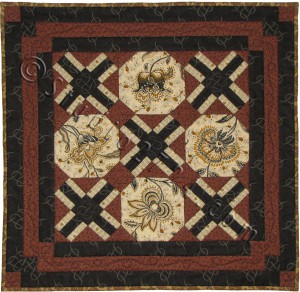 I named these quilts with Railroad Crossing blocks for where, on July 21, 1861, near the Manassas, Virginia railway junction, the first major battle of The Civil War took place. This First Battle of Bull Run was named for a stream that flowed across Wilmer McLean’s field where battle yielded a Confederate victory.

Interestingly, less than four long years later, on April 9, 1865, Gen. Robert E Lee surrendered to Lt. Gen. Ulysses S. Grant in the parlor of McLean’s farmhouse in the community of Appomattox Court House marking the beginning of the end of the war.

No, these two events did not occur in the same place. Wilmer Mclean had moved after those initial battles to make a new home in Appomattox Court House. 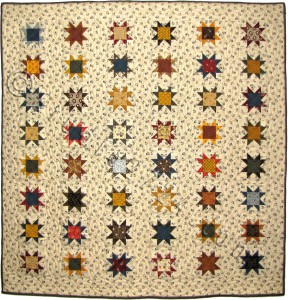 Throughout the Civil War, another war was waged behind the scenes, the struggle for the right of women to vote.

First perilously proposed in the United States in July 1848 at the Women’s Rights Convention, it wasn’t until August, 1920 that the 19th Amendment was signed into law giving women in all 48 states the right to vote.

This traditional block pattern was first published in 1884 as “Sawtooth” in the publication “Farm & Fireside”.